Websites have come a long way from those built on simple text and hyperlinks. In fact, for the 20th anniversary of the World Wide Web in 2013, celebrated by publishing a copy of the first ever web site: CERN. From that first site, it didn’t take long for programmers and web designers to figure out a way to make websites beautiful and interactive.

Information-Based Text to a Design Explosion 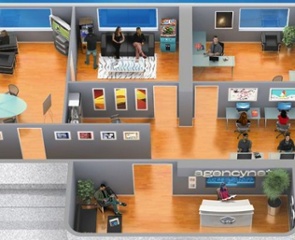 In the late 90s, sites began an evolution to flash-based which allowed us to integrate complex and interactive capabilities into our site design – which also increased the price tag. People began spending tens-of-thousands on coding and design to have the most flashy site around. (If you’re curious about the history of your design, visit http://archive.org/web/ – an archive of web pages – and view your site since the beginning of the domain’s life.

By the 2000s and mid-2000s, they were CSS and table-based which allowed sites to be loaded on tables, making the site with little clutter and organized layout. This advancement took another turn with the introduction CMS (content management systems) where people who lack technology can access and edit content to make immediate changes with a touch of a button and little to no technological training. Unfortunately, hand-held devices prompted the next evolution in web development when inoperability issues began stemming from the use of sites on mobile phones. 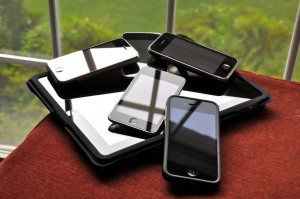 With the rise of mobile devices in 2007, web design began shifting to accommodate visitors coming from mobile. Many sites were built with a desktop version and had an alternate mobile version that would automatically populate with the use of mobile devices. Most mobile site versions are simplified versions that cut down on graphics and allow for easier navigation on a small screen.

Though pages are simpler visually, mobile sites tend to be difficult to develop since there are strict limitations depending on the hardware, a need for duplicate SEO efforts and tailoring for different screen sizes. In fact, the uprise of the iPad and tablets prompted the next shift in website evolution. When introduced in 2010, the iPad was not designed to access flash-based content. Businesses scrambled to update and streamline their sites, removing flash technology.

Today’s sites are built less on design alone and more on functionality and searchability. Though design and aesthetics are an important factor (there’s nowhere better to introduce and re-enforce your branding elements than online), designers and programmers must take into account the various screen sizes and devices where their sites are seen.

One Site to Rule them All…Forever

In an announcement in the summer of 2012, Google (the most widely used search engine) announced that websites should switch from non-responsive to responsive to render properly on mobile devices. Note to businesses: when Google speaks, you should listen (unless you want your site to disappear in the abyss to never be located again).

A responsive site realigns to the size of the browser and uses the same URL and coding values regardless of what device accesses it – this means it’s easier and more efficient for Google to crawl, index and organize the content. And because they are built to automatically resize according to the size of the screen, responsive websites are virtually future-proof. Plus, people convert more because their experience when accessing your website from mobile is better and faster than it was in the past.

The moral of the story?

Today’s business must have a site with responsive design. If not, you are missing out on the potential revenue generated from the 50% of users who search using mobile devices. Now’s the time to update your website. Contact us today.